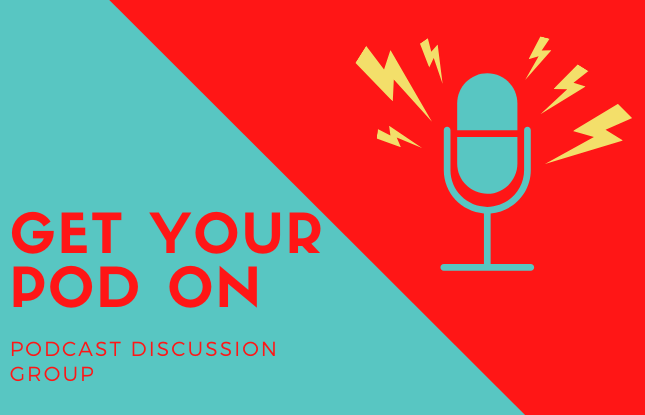 Virtual: Get Your Pod On Podcast Discussion Group Online

Do you like podcasts or want to listen to more? Looking for some new podcasts to check out? Join our Get Your Pod On Podcast discussion group which meets monthly.

In August we will be discussing:

Gary Davis, an Ivy League trained Black physician from Tulsa, Oklahoma, had one passion: to find a cure for Aids. In the 1990s, Davis brought his research to the FDA to start a clinical trial — but just hours before it was supposed to start — his trial was shut down. Davis had powerful critics, and ardent supporters. Some sued in court to be allowed to try Davis' treatment, while others chose to ask for forgiveness rather than permission to get their hands on it. Desperate to get financial support to conduct trials, the doctor forged dubious alliances, and when he died unexpectedly, many of his followers suspected foul play.What was the true potential of Davis' serum — and who are the people who say it saved their lives?

This week on Flightless Bird, David sets out to discover why the water level on American toilets is terrifyingly high, almost filling up the entire toilet bowl. Joined by Monica, he tries to figure out why it’s so hard to find a public restroom and why the gaps in the doors are so big. David talks to urban sociologist and toilet expert Harvey Molotch, who explains why public restrooms unchanging - segregated into male and female sections - seem to be locked in time. We discover why so many horror films feature scary scenes in toilets and talk to a plumber about his biggest toilet disaster.

Our season one finale is a little different. On this episode, you’ll hear a medley of our favorite short stories read by the Storyworth writers themselves!

Zoom information will be sent out 2 hours before the event.