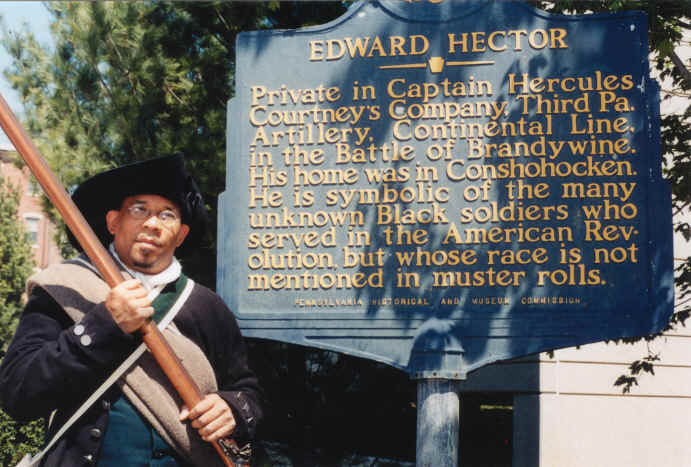 Ned Hector is a Revolutionary War hero, a free black man, who was a teamster and noted for his courage during the retreat from the Battle of Brandywine, where he refused to give up his horses, wagon and the armaments he was carrying.  Historical interpreter, Noah Lewis, dresses in costume of the Third Pennsylvania Artillery Company to bring his message—his passion—about the role of African-Americans in the Colonial fight for freedom during the Revolutionary War. Noah says he is an unlikely person to serve as a Revolutionary War costumed interpreter given his background, but he is a convincing and meticulous researcher about his character, Ned Hector. Noah uses both first person and third person interpretation throughout his presentations, which allows him, as Ned Hector, to explore universal themes about liberty, courage and responsibility.

This is a great presentation for all ages.