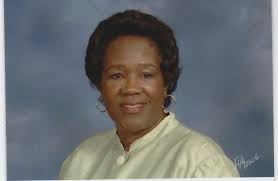 Racial Healing: Suspicion... Why and at What Cost? Online

Anita Friday is a local speaker and founder of Open Hearts: A Path for Racial Healing.  In her presentation, she speaks of racism, stereotypes and the necessity for our communities to strengthen relationships across color lines and have more courageous conversations.  Her presentation explores the historical roots of racism in our country and how they manifest in our present-day interactions. The presentation is an introduction to the narratives that have been used to define African American and white interaction throughout this nation’s history and the impact those narratives have had on the nation and its inhabitants as a whole. In addition, further attention is given to why these narratives have been created and what the costs have been for all. Participants will develop a historically based definition of racism. They will engage in exercises which explore questions such as: How Did We Get Here? Is It Over? And What Can Be done? Ultimately, each participant will be offered tools which can be used to join the battle to create a more just nation.

Anita Friday graduated from the University of Pennsylvania with a degree in economics (after six semesters) and subsequently attended Georgetown University Law School. After graduation from Georgetown she worked as in-house corporate counsel for Marriott Corporation in the DC metropolitan area.

Stamford Connecticut became her home and she was a partner in the first law firm featuring an African American male and African American female as partners in the state. In addition to practicing law she was a Human Rights Commissioner for the City of Stamford, organized a minority parent’s association for Stamford public schools (in response to a principal’s comment that her family was “one of the good ones” because there was busing and ethnic and economic diversity in the public schools). She also served on a variety of boards and provided pro bono legal advice to at risk teen parents regarding emancipation, continuing education and parenting.

Since moving to Pennsylvania she has served as a member of the Anti-Racism Commission of the Episcopal Diocese of Pennsylvania. She created a multi-cultural curriculum on Native Americans for elementary students at the Baldwin School. A few years ago, her church had the theme “What is God Calling You to Do?” After prayer and meditation, and without knowing what her future would hold, it became clear to her that God was calling her to be an advocate for racial justice, equity and a warrior for the world that was envisioned for us…a world where we are called to respect the dignity of EVERY human being.

Shortly after she reached that knowledge, her sons had the experience that was described in Philadelphia Magazine. As she noticed the difference between the reaction her white friends had to her sons' experience (shock, horror and disbelief) and mine (thank God they are alive), she realized that there is work to be done in order to bridge that divide.

She started working to build that bridge.  She designed materials for and facilitated groups who are engaged in "Courageous Conversations" regarding issues of race and ethnicity.  She has lectured on topics such as “Suspicion, Why and at What Cost?” and Black Lives Matter.

She has conducted forums at various religious institutions, public spaces and schools regarding issues of race and developed curriculum designed to facilitate Racial Healing. She has been a panelist at various events.

She is inspired by Matthew 28:19 “Therefore go and make disciples of all nations”.  She doesn't know how far out the ripples of the work she does will spread.  She does know that the work she has been doing has opened hearts and has added to the army of those who are fighting for justice.

This event is free and open to the public and will take place online via Zoom.  Registration is required.